Get the Right Testing for Dementia 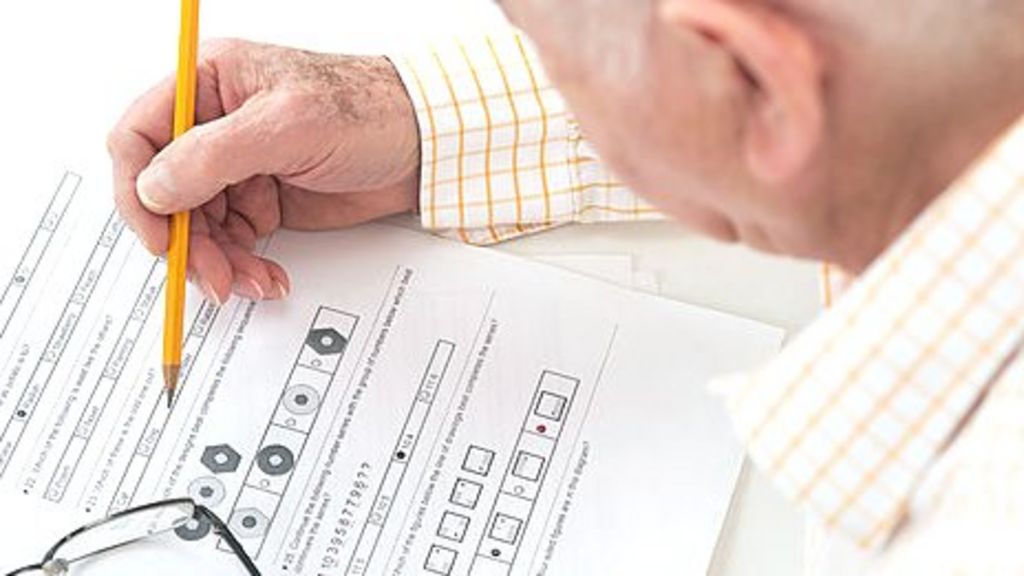 Many doctors use a common screening test called the Mini Mental Status Exam (MMSE) to check for possible cognitive issues.

The Mini Mental Status Exam is a first step, but it’s not good enough.

If you’re worried that your older adult is showing more than the forgetfulness of normal aging and that it might be signs of Alzheimer’s or dementia, the first step is to get a full physical and mental exam from their primary doctor.

The MMSE is a common way of testing for dementia. It’s popular because it only takes 5 – 10 minutes and doesn’t require any equipment or special training for doctors or nurses.

The test has 30 questions, each worth 1 point. These questions test memory, orientation, and math skills.

The grading scale is:

25 or more points = no problem

If someone gets a score in the 0 to 20 range, it can indicate cognitive issues. It doesn’t mean that they have dementia. It does mean that more extensive physical and cognitive testing should be done.

Some dementia symptoms the MMSE would miss include:

A diagnosis can’t be made based on MMSE results alone

Non-geriatrics doctors often aren’t experienced in diagnosing Alzheimer’s or dementia. They might not know about the recommended testing and could jump to conclusions based on the MMSE results.

As a caregiver, it’s important to know that it’s simply not possible get an accurate diagnosis for your senior in just one office visit. A basic physical exam and MMSE screening doesn’t give enough information to declare a case of Alzheimer’s and prescribe medications like Namenda or Aricept.

Jumping to conclusions could cause your older adult to get the wrong treatment, which would clearly be bad for their health.

Even if your older adult does have a form of dementia, how would the doctor know whether they have vascular dementia or Alzheimer’s or another type? Different types of dementia can require different treatment.

The MMSE is a useful tool because it’s quick, simple, and can be used by any doctor without special training. But it has significant limitations and cannot be used alone to make a diagnosis of Alzheimer’s or dementia.

In order to get an accurate and specific diagnosis, your older adult would need additional testing and evaluation to rule out other medical conditions, medication side effects, or psychiatric issues that could be causing dementia-like symptoms.

If you suspect your older adult could be showing signs of dementia and not just having some “senior moments,” the first step is to visit their primary doctor for a full check-up and the Mini Mental Status Exam (MMSE).  It possible cognitive issues are discovered, your loved one should go on to have the Montreal Cognitive Assessment (MoCA), which is a better, but not as commonly used screening test.

The Montreal Cognitive Assessment (MoCA) is a one page, 30 point test that takes about 10 minutes and doesn’t require the doctor to have any special training.

How are the MoCA and MMSE different?

The MoCA looks similar to the MMSE, but the MoCA tests a variety of different cognitive functions and the MMSE focuses mostly on memory and recall.

The MoCA is generally better at detecting mild impairment and early Alzheimer’s disease because it’s a more sensitive test and is more difficult. So, if a doctor sees a patient who is questioning their mental functioning, they might give the MoCA. But if a patient comes in and is clearly cognitively impaired, a very sensitive test wouldn’t be as necessary since the issues are more obvious.

The MoCA has also been shown to be a better screening tool for conditions like:

How are the MoCA and MMSE similar?

Even though these are good screening tools for cognitive impairments, neither test was designed to diagnose cognitive conditions.

They also can’t be used to distinguish between conditions. For example, you couldn’t use either test to diagnose someone with Alzheimer’s versus frontotemporal dementia. After the initial screening with one or both tests, referral to a specialist may be warranted and more testing would be needed.

Alzheimer’s Disease is Difficult to Diagnose

It’s best when a team of professionals — including a neurologist, neuropsychologist, geriatrician, and possibly others — works together to arrive at an accurate diagnosis.

A total diagnostic workup includes a medical history, imaging procedures, and neuropsychological testing, as well as other procedures depending on the individual’s presentation.

When a neuropsychologist or other professional in the field of psychology or psychiatry sees a person exhibiting symptoms of Alzheimer’s, a set of criteria is often used to help make an accurate diagnosis.

Criteria For an Alzheimer’s Diagnosis

The Diagnostic and Statistical Manual of Mental Disorders (Fourth Edition), also known as the DSM-IV, outlines a detailed set of criteria for the diagnosis of Alzheimer’s.

First, multiple cognitive deficits must be present, one of which must be memory impairment.

In addition to problems with memory, one or more of the following must be displayed:

In order to meet the criteria for Alzheimer’s disease, the deficits must affect one’s ability to hold a job or volunteer position, fulfill domestic responsibilities, and/or maintain social relationships.

The deficits must also represent a significant decline from the person’s previous level of functioning.

Alzheimer’s disease involves a gradual onset and progressive worsening of symptoms. In order to receive a diagnosis of Alzheimer’s, the deficits can’t be due to another medical condition, such as Parkinson’s disease, thyroid problems, or alcoholism. Similarly, the symptoms can’t occur exclusively during an episode of delirium, or be better explained by a psychological disorder such as depression or schizophrenia.

A diagnosis of Alzheimer’s disease can be frightening and overwhelming-and not just for the patient. Becoming the primary caregiver for a newly diagnosed loved one can be one of the most challenging-and one of the most rewarding-experiences possible.

Living with Alzheimer’s disease presents daily challenges for both the caregiver and patient. Understand Alzheimer’s is a practical guide that helps you and your loved one cope with Alzheimer’s while maintaining the best quality of life possible for both of you.

An important note about urinary tract infections and dementia

When a senior starts acting confused or disoriented, it’s not always a sign of Alzheimer’s – especially if the change is sudden. Alzheimer’s and other dementias usually take several years to become noticeable and start with small changes.

Common medical conditions can cause seniors to suddenly show dementia-like symptoms or cause existing dementia symptoms to worsen significantly. One of the most common is a urinary tract infection (UTI).

Seniors are the most likely group of people to have a UTI. They’re also the group that’s least likely to have the usual symptoms like pain during urination, fever, or a frequent urge to go.

Instead, many caregivers find out their older adults have a UTI because there’s a sudden change in behavior. Someone who suddenly can’t do something they could a week ago might have a UTI. Falls, recent incontinence, or loss of appetite can also be signs of an infection.

If someone already has Alzheimer’s or dementia, they may also show sudden, unexplained behavior changes when they have a UTI.

Even though dementia is a progressive disease and symptoms do change over time, it’s a good idea to check for an infection when sudden changes happen. A UTI can make someone with dementia more agitated, difficult, confused, or less responsive than usual.

UTIs can be detected with a simple urine sample. To save a trip, you should always have some home test kits on hand.  These kits give accurate results, and can arm you with information before you see the doctor.  This will save valuable time and allow treatment to begin sooner. 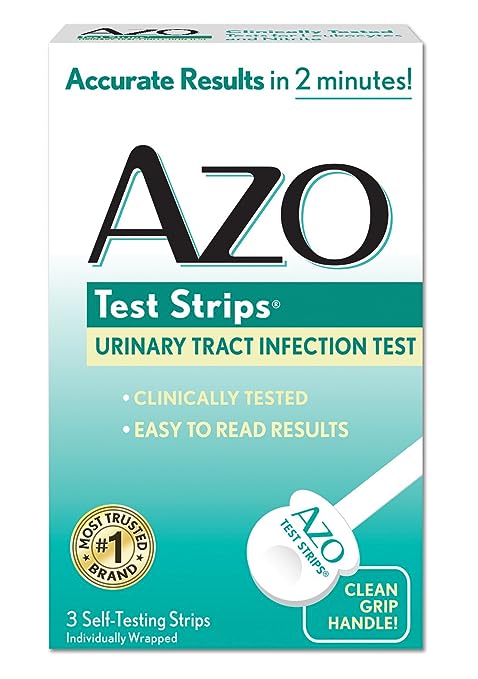 If it’s a simple UTI and is caught early, taking antibiotics usually clears up the infection. Once the infection is gone, those scary behavior changes will start to disappear too.

If you think you or or loved one may be showing signs of Alzheimer’s Disease, you first step will be you family doctor, who will determine if further investigation is required.

You may also be interested in:
Anytime Gifts That Seniors Will Actually Use

Alzheimer’s, Elevated Cortisol and Your Genes

Should You Get a Medical Alert System?

Help for Anxiety in the Elderly

Convincing Your Parent to Transition to Assisted Living

If you would like to explore the idea of writing your own blog, you can read more about how I learned to write, launch and improve my blog here.