If you have experienced it, you may already know that this symptom is common in mid- and late-stage Parkinson’s disease (PD), and it can be quite alarming.

Orthostatic hypotension is a sharp drop in blood pressure that happens when a person gets up from bed or from a chair, causing dizziness or even loss of consciousness.

The condition can put people with Parkinson’s at risk of fainting, losing balance, falling, and being injured.

What can you do?  One thing you can do is learn strategies to predict when blood pressure is most likely to fall.  Another is to take steps to avoid feeling dizzy in the first place.

Your doctor can test for OH by measuring your blood pressure.  If you feel a little dizzy when you first stand up — but the feeling passes quickly — you probably do not have the condition.

If instead your blood pressure continues to drop after a minute or more of standing, this may suggest a problem.

It is important that your physician measure your blood pressure while you are lying down, sitting and standing.  Sometimes, the problem of OH is only revealed when the blood pressure is measured in these three positions.
The symptoms of OH include the following:

Normally, when a person rises from lying down or sitting, the blood vessels constrict and send blood from the legs and trunk up to the head.  In addition, the heart beats slightly faster and more forcefully.  In people living with PD, the heart rate may not increase upon standing, and the blood pressure may drop as a result.

Specifically, the medications that can cause OH in Parkinson’s include carbidopa/levodopa (Sinemet®), bromocriptine (Parlodel®), ropinirole (Requip®), and pramipexole (Mirapex®); drugs for high blood pressure, including calcium channel blockers; certain antidepressants;  drugs to treat urinary problems, such as prazosin (Minipress®) and terazosin (Hytrin®); and drugs for erectile dysfunction (e.g., Viagra®).

How to Avoid Orthostatic Hypotension in Parkinson’s Patients

If you can recognize your symptoms and are aware of what makes them worse, you can take steps to reduce and avoid them.

Most important is to avoid dehydration, especially during the months of hot weather.

Ask your doctor to identify the medications you are taking that may lower your blood pressure, and see if a change in dose is indicated.

Be aware of behaviors and circumstances that can make orthostatic hypotension worse, such as:

Ask your doctor whether there are any medicinal approaches that will help you manage OH and its effects.   Options may include droxidopa (NORTHERA™),midodrine hydrochloride (ProAmatine®), fludrocortisone (Florinef®) or pyridostigmine (Mestinon®).  Be aware that medications that raise low blood pressure to normal levels when a person is standing may cause high blood pressure when a person is lying down.

If you experience dizziness in the morning:

Recent innovations, including deep brain stimulation and new medications, have significantly improved the lives of people who have Parkinson’s disease.

Nevertheless, patients and families continue to face many challenges.

They have long relied on this book for reliable advice about medical, emotional, and physical issues. Bringing this trusted guide up to date, three expert neurologists describe:

• New focus on the importance of exercise

• New findings about the genetics of the disease

• A complete update on treatments such as medications, surgery, and more 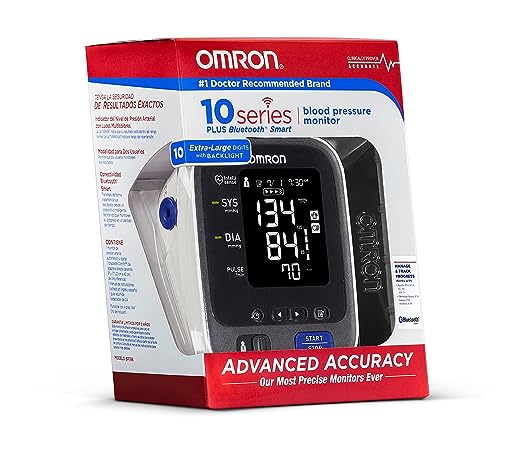 Feel empowered by accuracy with exclusive technology that automatically displays the average of your last 3 readings taken within the last 10 minutes and detects irregular heartbeats.

Planning Ahead for Parkinson’s Needs

Getting the Right Testing for Dementia

Convincing Your Parents to Transition to Assisted Living