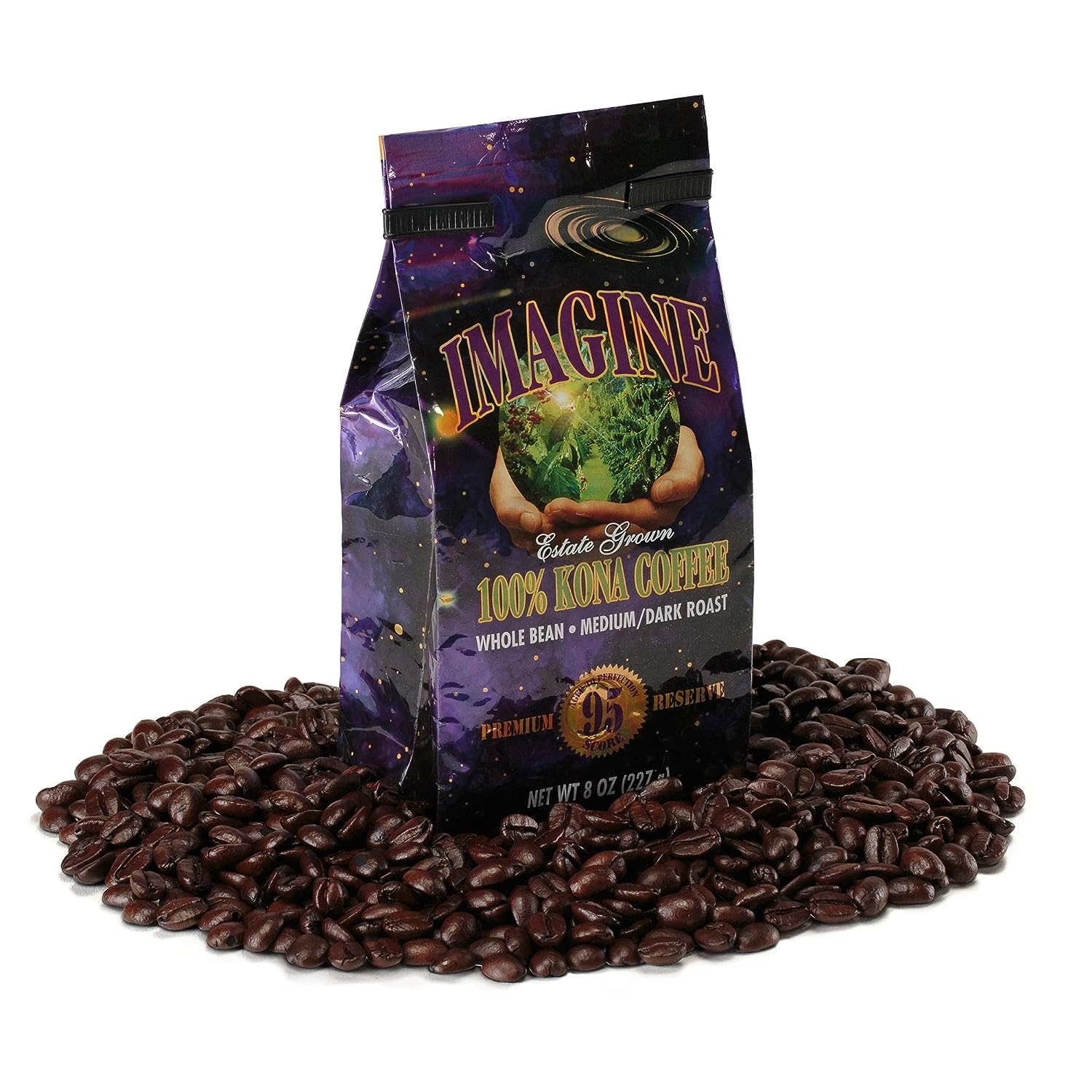 Coffee can slow down a widespread cause of human aging.

For those of us who need a jolt of Joe to get the day started, who might sneak in a cup or two in the afternoon and have even been known to brew some dark roast late in the evening, it may be time to shed some of the guilt. Coffee could have a big upside.

A Stanford University School of Medicine study in Nature Medicine is the latest to perk up the worried coffee drinker. It reported that caffeine consumption counters the chronic inflammation responsible for more than 90 percent of many cardiovascular and other age-related diseases such as cancer, Alzheimer’s and other dementias.

Put more simply, coffee can slow down a widespread cause of human aging.

It’s been known that coffee drinkers live longer than abstainers, but it wasn’t altogether clear why.

“What excites me is that we now know that aging, or more specifically age-related diseases, can be avoided or delayed by behavioral means,” says the study’s lead author David Furman. “One mechanism associated with chronic inflammation can be easily inhibited simply by increasing caffeine intake.”

If we can control chronic inflammation, we could have a much longer lifespan and most importantly, health span.

Over eight years, Furman, a consulting associate professor at the Stanford Institute of Immunity, Transplantation and Infection, and his team tracked a group of adults age 60 to over 90.

“We’ve identified the triggers of this chronic inflammation and possibly a way to reverse it,” Furman says.

Says Mark Davis, one of the senior authors of the study and director of the Stanford Institute: “I don’t think there’s another study in the world that has gone on as long as ours that has been focused on the immune system, which has thousands of different components.”

And as often happens in science, he said, the coffee connection came by accident. “We were studying inflammation and aging and David was looking at the data and had a hunch,” says Davis.

Furman said “a survey we conducted included estimates of caffeine intake” and he found something “quite novel:” a correlation between caffeine use and decreases in so-called “inflammasome gene expression,” the mechanism that triggers inflammation and leads to age-related disease. The researchers discovered that those who drank more coffee had low levels of inflammatory factors in their blood.

They compared subjects who had inflammatory gene clusters and those whose gene clusters weren’t highly activated. Those in the latter group were eight times as likely as those in the group with active gene clusters to have at least one family member who lived to age 90. Beyond that, those in the active group who were older than 85 in 2008 were “substantially more likely to have died by 2016” than the low group.

“If we can control chronic inflammation, we could have a much longer lifespan and most importantly, health span,” Furman says. “Caffeine can block the effect of molecules that cause inflammation, so it may have a protective function on aging and the development of chronic illnesses.” Furman and his team plan to follow up on further studies looking at the immune systems of 1,000 people and addressing the link between caffeine, chronic inflammation and cardiovascular disease.

Dr. Albert Shaw, associate professor of medicine at the Yale School of Medicine, says while the results of this study “show correlation between caffeine intake and decreases in inflammation — not causation — this is a well-done study by an outstanding group of investigators. It addresses an important question in aging research — the basis for increased levels of inflammation found in older adults — and provides new insights for further study.”

Coffee may help protect against type 2 diabetes. Researchers at UCLA identified that drinking coffee increases plasma levels of the protein sex hormone-binding globulin (SHBG). SHBG controls the biological activity of the body’s sex hormones (testosterone and estrogen) which play a role in the development of type 2 diabetes.

Dr. Simin Liu, one of the authors of the study, said that an “inverse association” exists between coffee consumption and risk for type 2 diabetes.

The researchers found that the participants who increased their coffee intake by more than one cup a day (on average, an increase of 1.69 cups per day) over a 4-year period had an 11% lower type 2 diabetes risk over the subsequent 4 years, compared with people who did not change their intake.

Researchers in the U.S. carried out a study that assessed the link between coffee consumption and Parkinson’s disease risk. The authors of the study concluded that “higher coffee and caffeine intake is associated with a significantly lower incidence of Parkinson’s disease”.

In addition, caffeine in coffee may help control movement in people suffering from Parkinson’s, according to a study conducted at the Research Institute of the McGill University Health Centre (RI MUHC) that was published in the journal Neurology.

Italian researchers found that coffee consumption lowers the risk of liver cancer by about 40%. In addition, some of the results suggest that if you drink three cups a day, the risks are reduced by more than 50%.

The lead author of the study, Dr. Carlo La Vecchia, from Milan’s Istituto di Ricerche Farmacologiche Mario Negri, said “our research confirms past claims that coffee is good for your health and particularly the liver.”

Regular consumption of coffee is linked to a reduced risk of primary sclerosing cholangitis (PSC), a rare autoimmune disease of the bile ducts in the liver.

In addition, coffee consumption can lower the incidence of cirrhosis of the liver for alcohol drinkers by 22%, according to a study at the Kaiser Permanente Medical Care Program, California, USA.

The authors of the study concluded that the results “support the hypothesis that there is an ingredient in coffee that protects against cirrhosis, especially alcoholic cirrhosis.”9

A study published in the journal Hepatology indicates that drinking decaf coffee also lowers liver enzyme levels, suggesting the benefits are not linked to caffeine content.

Coffee and Your Heart

People who drank four European cups on a daily basis had an 11% lower risk of heart failure, compared to those who did not.

The authors stressed that their results “did show a possible benefit, but like with so many other things we consume, it really depends on how much coffee you drink.”

Studies have also suggested that coffee may:

Some of these claims need to be confirmed by further research.

Coffee is the number one source of antioxidants in the U.S., according to researchers at the University of Scranton.

Joe Vinson, Ph.D., lead author of the study, said that “Americans get more of their antioxidants from coffee than any other dietary source. Nothing else comes close.”

The authors of the study emphasize moderation, stating that only one or two cups a day appear to be beneficial.

Several studies have linked regular caffeine intake to extra heartbeats – a common occurrence that can nevertheless lead to heart problems, stroke and death in rare cases. However, a study

If you’re drinking three or more cups of coffee per day, some experts say it’s probably a good thing.

A  study published in the BMJ, researchers from the Universities of Southampton and Edinburgh found drinking three or four cups of coffee per day was more likely to benefit your health than harm it. In fact, they suggest drinking this amount decreased your risk of death by 17 per cent.

And while there have been countless studies about the benefits and risks of drinking coffee, researchers note for some, more can be even better.

The study adds people who drank up to seven cups of coffee (yes, seven), cut their chances of death by 10 per cent.

I hope this article provided you some inspiration to brew a pot of coffee;

I’m going to have some Almond Toffee coffee right now! 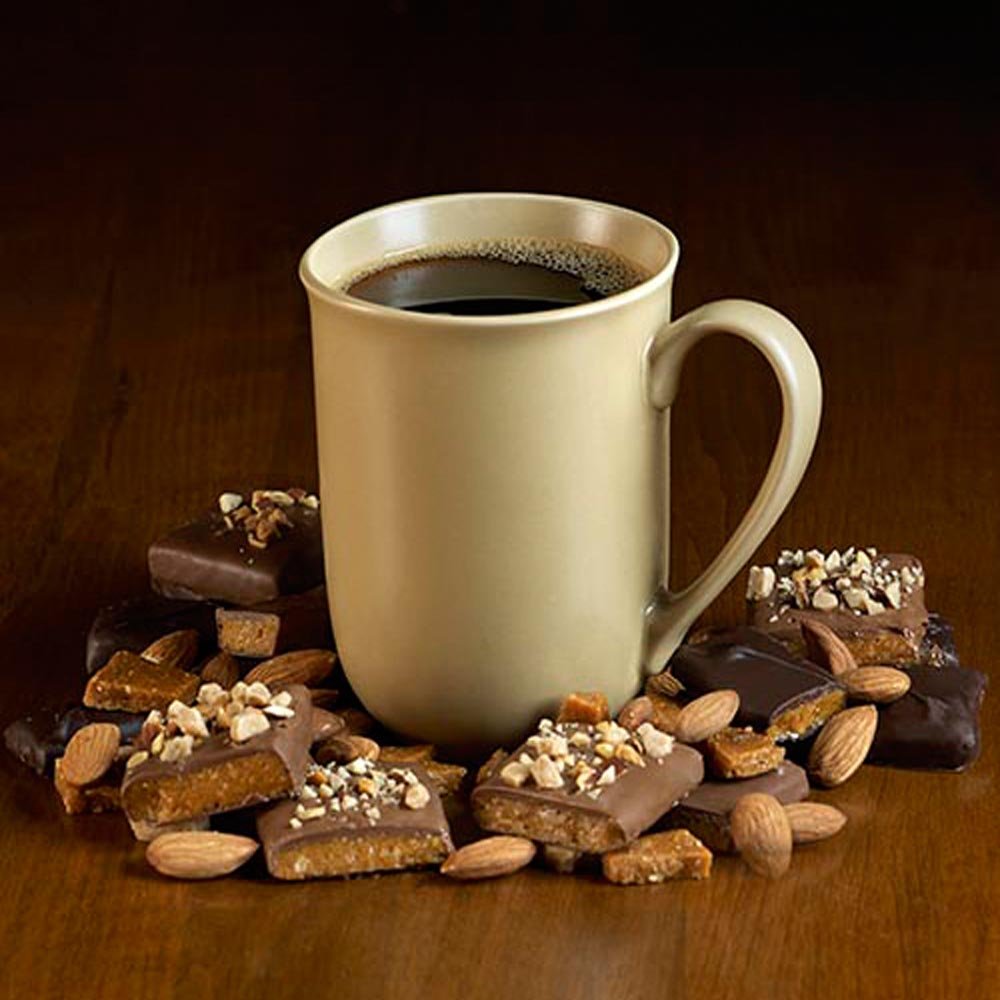 For a stunning selection of gourmet coffee of every variety, plus coffee makers from simple to professional, visit Amazon!

Find The Best Bathroom Scale for You

How to Choose the Right Diet Plan

Should You Be Taking Probiotics?

Choosing the Right At Home Chemical Peel for Your Skin

The Healthiest Supplement Drinks for Seniors and Diabetics

Does Prevagen Actually Help Your Memory?

Get Gardening to Lose Weight and Improve Health!

The Fix for Cracked Heels

Anytime Gifts That Seniors Will Actually Use

Should You Buy an Electric Bike?

Planning Ahead for Parkinson’s Needs