Laetrile (also called amygdalin or Vitamin B17) therapy is one of the most popular and best known alternative cancer treatments. It is very simple to use and is very effective if used in high enough doses and if the product is of high quality and if it is combined with an effective cancer diet and key supplements (in other words, you need to do your homework to maximize its benefits).

Laetrile works by targeting and killing cancer cells and building the immune system to fend off future outbreaks of cancer. It uses two different methods for killing cancer cells. It involves a strict diet (as do all cancer treatments) and several supplements. 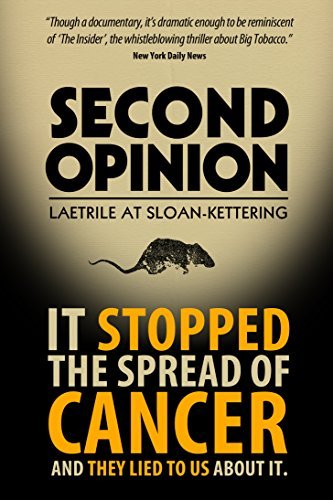 The Benefits of Laetrile

1. May Help Protect Against Cancer

Some studies show that vitamin B17 is beneficial in avoiding cancer and keeping the spread of existing cancer cells to a minimum.  While many practitioners believe that vitamin B17 laetrile is a very good cancer treatment, most agree that it shouldn’t be the primary cancer treatment for any patient — instead, they recommend that it be used as an effective add-on supplement.

Vitamin B17, specifically in the form of D-amygdalin, may help with the regression and growth of cancerous cells and tumors because it exhibits selective killing effects on mutated cells, also called apoptosis. Apoptosis is a mechanism of “programmed cell death” and considered an important part of cancer treatment. Vitamin B17 compounds have the important ability to kill cancer cells more readily than killing normal, healthy cells.

In a study by the Department of Physiology at Kyung Hee University in South Korea, when amygdalin extract was combined with cancerous human prostate cells, the extract helped significantly induce apotosis in the prostate cancer cells. The researchers conclude that amygdalin may offer a valuable, natural option for treating prostate cancer.

Other animal studies show that vitamin B17 amygdalin is effective at killing cancerous bladder and brain cells under certain conditions, especially when combined with other antibody-enzyme complexes.

There still isn’t agreement in the medical community at this time as to whether vitamin B17 should be used as an anti-cancer treatment.

Recommended: Doctored Results – The Suppression of Laetrile at Sloan-Kettering Institute for Cancer Research

Vitamin B17 contains special properties that slow down the spread of illness throughout the body by killing harmful cells, but the exact way that vitamin B17 does this isn’t well-understood.

A study published in the International Journal of Radiation and Biology found that vitamin B17 amygdalin stimulated the immune system by causing a statistically significant increase in the ability of a patient’s white blood cells to attack harmful cells.

One theory of vitamin B17’s effects suggests that transformation of normal cells into dangerous cells that can cause disease is normally prevented by beneficial enzymes produced within the pancreas, so vitamin B17 may help increase the production of pancreatic enzymes that destroy harmful properties within the body.

Vitamin B17 is also thought to help the body experience enhanced detox effects by supporting liver function. This boosts immune function by ridding the body of toxins, malignant cells and other potentially harmful substances before they cause illness or serious chronic diseases.

Another explanation of vitamin B17 mechanisms is that when vitamin B17 releases cyanide, it increases the acid content of tumors and leads to the destruction of harmful cells within the tumors, arresting their growth.

In a case series published in 1962, when patients were treated with a wide range of doses of intravenous vitamin B17 laetrile, pain relief was the primary benefit reported. Some of the patients’ responses included decreased adenopathy (swollen lymph nodes) and decreased tumor size.

However, patients weren’t followed long term to determine whether or not the benefits continued after treatment stopped, so it’s hard to tell whether vitamin B17 could act as a natural pain reliever for other conditions, such as arthritis.

Vitamin B17 may cause a low blood pressure reaction due to formation of thiocyanate, a powerful blood pressure–lowering agent. However, it’s unknown if this is an effective treatment long-term or if the effects are mostly temporary.

Once metabolized, vitamin B17 causes enzyme beta-glucosidase production that interacts with intestinal bacteria to detox the body and lower blood pressure. This normally isn’t a danger for most people and may be beneficial for some, but it’s important not to use vitamin B17 in this way if you already take blood pressure-lowering medication.

If you have any existing heart issues that could become complicated if you experienced a sudden drop in blood pressure, you should avoid taking vitamin B17.

Best Sources of Vitamin B17

Apricot kernels and raw bitter almonds are most commonly used to create an extract form of vitamin B17.

The exact amount of vitamin B17 within foods is not well-known, and levels are thought to vary widely within a food depending on where it’s grown, the quality of the soil and how fresh it is.

According to the Vitamin B17 Organization, these are some of the highest sources of absorbable vitamin B17: 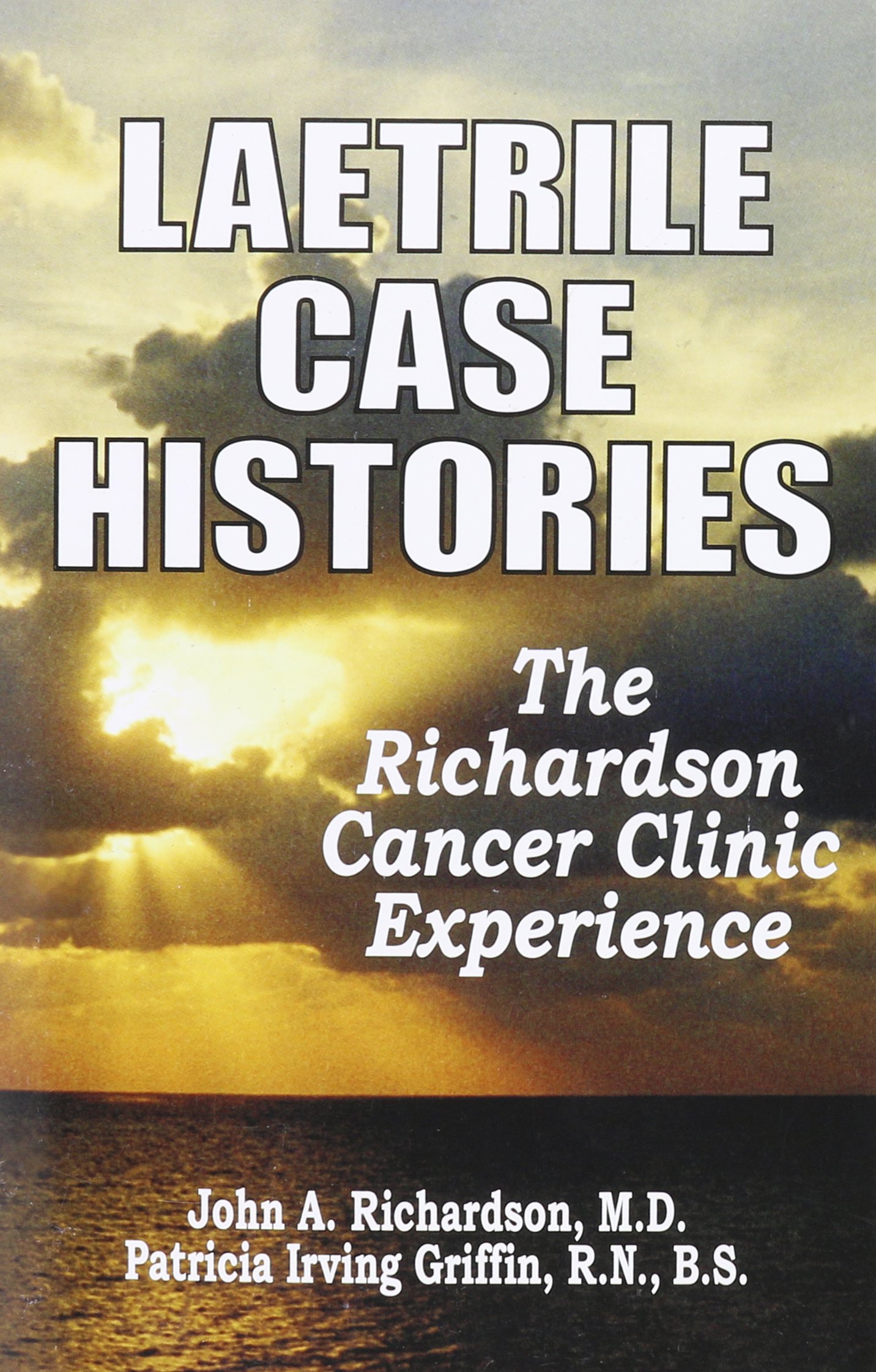 Although it was not approved for treatment by the FDA, doctors like John A. Richardson M.D. began using it “illegally” to treat patients at his clinic in San Francisco, and it was working remarkably better than orthodox treatments.

His success with laetrile is documented in Laetrile Case Histories: The Richardson Cancer Clinic Experience by John A. Richardson M.D. and Patricia Irving Griffin, R.N. However the team was later was forced to downplay the overall benefits of B-7 when held up against conventional cancer treatments.

The FDA then came out hard in its attack on Laetrile. The FDA considers Laetrile an unapproved form of treatment and ‘illegal’ for a practitioner to administer, therefore you cannot buy Laetrile in the US, though you can buy B17 / amygdalin in supplement form.

Vitamin B17, or laetrile extract, can be administered orally as a pill, or it can be given by injections (intravenous or intramuscular). Most often vitamin B17 is given intravenously for a short period of time and then followed up with lower doses of oral tablets for maintenance therapy.

In the medical community, vitamin B17 injections are usually used to help prevent or treat cancer, although these are extremely expensive, costing thousands of dollars for only a few months of treatment. Vitamin B17 injections are given to patients already undergoing chemotherapy treatments in some cases because they help offset symptoms of chemotherapy and prevent cancer reoccurrence.

Because the FDA made the purchase of vitamin B17 laetrile supplements illegal and almost impossible to obtain, many people choose to buy extracts or tablets over the Internet.

A popular way to consume vitamin B17 is eating apricot kernels. In the middle of an apricot, or other fruit seeds like a peach pit or apple seed, there is a hard shell that can be broken into. Once broken, a small seed/kernel in the middle is found that looks something like a small almond — this is the part of the fruit that’s naturally very high in vitamin B17.

Experts usually recommend eating 25–40 kernels per day for disease prevention or about 16 kernels and up for maintenance.

Recommended Intake of Vitamin B17

At this time, there is no established daily value of vitamin B17 from the USDA. However, many physicians specializing in cancer treatment use vitamin B17 (or laetrile) in relatively high doses without patients commonly experiencing side effects.

Vitamin B17 isn’t used by many people who are relatively healthy and not suffering from a serious condition like cancer, so it’s hard to establish what the best preventative dose might be without more evidence or research.

Currently, the administration, schedules and the length of treatment with vitamin B17 vary widely depending on the patient’s specific condition and the practitioner prescribing it. Part of the trouble determining exactly how and how much vitamin B17 can be beneficial is that much of the research using vitamin B17 took place in the 1970s and ’80s but was discontinued since the ban in the 1980s.

Vitamin B17 laetrile (or amygdalin) is often taken as part of a larger therapy protocol that includes a specific diet with high doses of immune-boosting vitamins. Although no standard treatment plan exists, injecting vitamin B17 into a vein each day for two–three weeks is a commonly used method, followed by oral vitamin B17 tablets in smaller doses. Vitamin B17 extract is also used in enemas and treatments that can be directly applied to the skin.

Vitamin B17, in the form of amygdalin, given intravenously at up to 4.5 grams a day produced no clinical or laboratory evidence of toxic reactions, according to one report published in the Journal of the American Medical Association.  Other studies show similar results and only report cases of toxicity when very high doses were given, causing cyanide poisoning.

Vitamin B17 Side Effects and Interactions

Many cases show that vitamin B17 is usually well-tolerated and doesn’t cause toxicity or harm, but some people experience side effects associated with symptoms of cyanide poisoning. Cyanide is a neurotoxin that causes a range of side effects, including nausea and vomiting, headaches, dizziness, discoloration of the skin resulting from oxygen-deprived hemoglobin in the blood, liver damage, abnormally low blood pressure, mental confusion, and even death.

A couple of serious warnings to keep in mind regarding interactions of vitamin B17 include the fact that it can lower blood pressure drastically in some cases and also cause blood thinning. So it should never be used with other blood pressure medications or prescriptions known to thin blood. It’s also not recommended to take vitamin B17 with probiotics because probiotics may enhance the effects of cyanide and lead to cyanide poisoning in some rare cases.

Thanks for visiting and reading … I hope this article provided some helpful ideas.  I welcome your comments below.

How to Cook for a Cancer Patient

Cancer Related Weight Loss – What To Do About It?

Do Prescription Discount Cards Actually Save You Money?

How to Give a Sponge Bath in Bed

All About Grab Bars and Hand Rails for Safety

Should You Install Bed Rails?

Caregivers – How to Reduce the Risks from Heavy Lifting